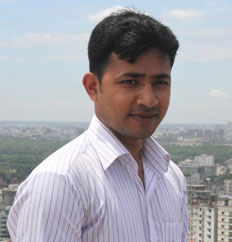 Indices at Dhaka Stock Exchange (DSE) witnessed the highest rise in seven years while market cap returned by Tk 15,000 crore in a single day on the first trading day of the week on Sunday.

On the premier bourse, turnover, an important indicator of the market, rose 143.87 crore to stand at Tk 411.36 crore.

Stock market concerned said initiatives taken by Prime Minister helped the investors to get back confidence.

They also said the investors should invest money in the share markets cautiously and not pay heed to rumours. Rather they will invest in the shares of the companies those have fundamental basis.

Prime Minister Sheikh Hasina sat with Bangladesh Securities and Exchange Commission (BSEC) at her office on Thursday to discuss the massive fall in the stocks.

Following the meeting, Prime Minister's Office (PMO) announced to take some short, and long-term steps for development of share bazaar.

Today huge eagerness is seen among the investors buying shares of the companies at higher prices.

On the day, prices of 336 companies' shares and units rose more than 1 per cent. Among them, 327 saw price increase above 2 per cent.

Share prices of 259 companies went up above 4 percent while the same of 216 rose above 5 percent.

There were 177 companies those shares and unit prices rose above 6 percent, and 51 companies' prices witnessed above 9 percent rise.

Despite hiking prices, many investors failed to purchase shares of some companies. Those who have shares of these companies unwilling to sell so. Shares of the companies remained unsold some days ago despite reducing prices by 8-9 percent as panic gripped the investors.

The bourses of the country saw massive fall from January 5 to 15. Between the periods, seven out of eight trading days witnessed extensive downward trend that prompted investors to take to street protesting the downturn.

CSCX, the main index of Chittagong Stock Exchange (CSE), also ended the day with 677 points rise to stand at 13,277 points.

Dr A B Mirza Azizul Islam, former Caretaker government adviser and BSEC former chairman, expressed his hope to Jago News that government initiatives to stabilize the share markets will help the investors think that the government is sincere about the markets.