From salesman to crores of Taka's owner Monir arrested

In an overnight drive on Friday, the elite force nabed him from his Merul Badda home in capital Dhaka. 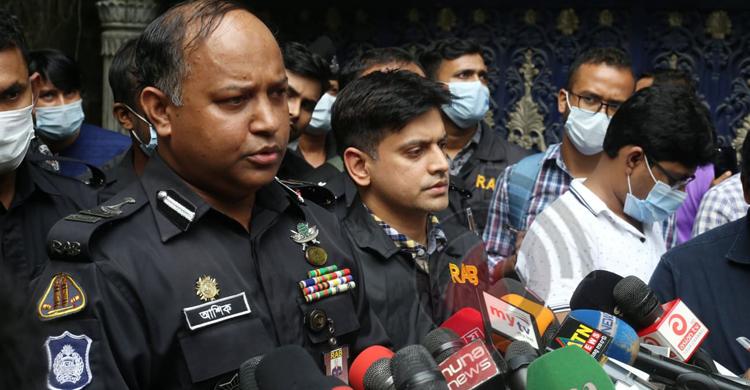 Lt Col Ashik Billah, director of RAB's legal and media wing, came up with the disclosure in a press conference on Saturday morning.

He said a team of RAB-3 on information conducted a drive at Monir owned six-storey building in DIT Project area from Friday midnight to Saturday morning.

During the drive, they arrested Monir and recovered a foreign pistol, a few round of bullets, foreign liquor and foreign currencies of about Tk 9 lakh, he said.

The RAB official also said they seized eight kgs gold and cash around Tk 1.9 crore from his possession. 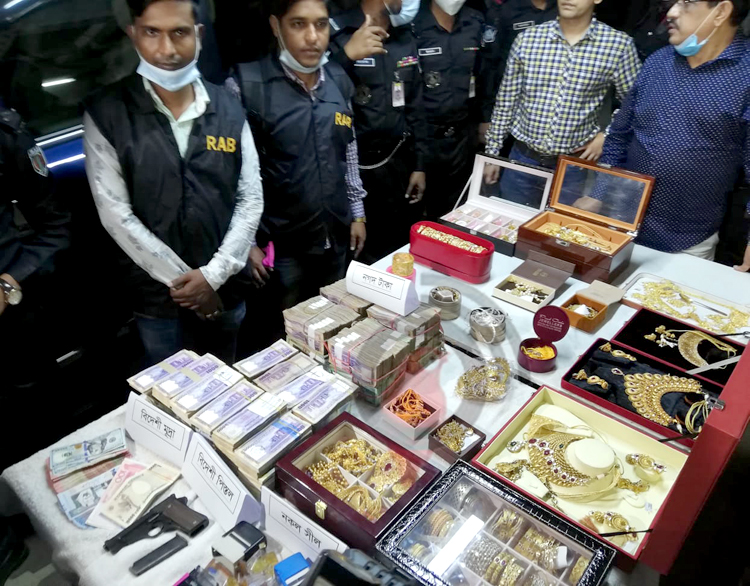 They have seized five luxurious cars with no valid documents owned by Monir, he said. 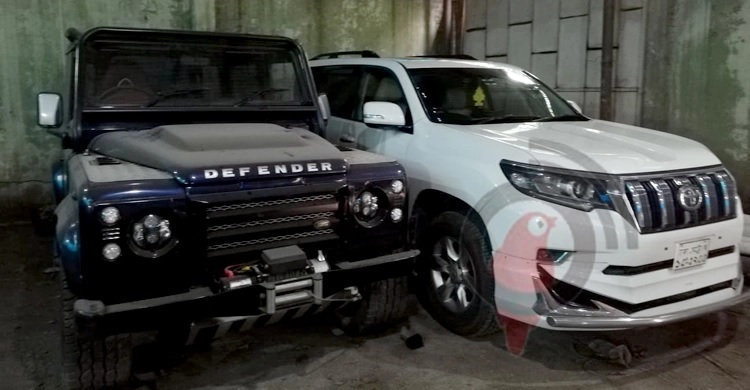 In the press conference, the official said basically apprehended Monir is a Hundi trader, gold smuggler and land broker.

He was salesman of a cloth shop at city's Gausia Market in 1990s. Leaving it, he started crockery shop business and then luggae business evading tax.

In one stage, he involved himself with gold smuggling and brought a huge amount of gold here from abroad through illegal routes that famed him as Golden Monir, Ashik Billah said.

Monir was also a land grabber who in collusion with some dishonest officials of RAJUK became owner of more than 200 plots in DIT Project, Badda, Nikunja, Uttara and Keraniganj areas.

However, a case will be lodged against Monir under special power act for possessing foreign currencies, and two other separate cases under the arms, and drugs act, Ashik Billah said.