Eighty three people, including Hefazat-e-Islam Bangladesh's Joint Secretary General Mamunul Haque, have been named in three separate cases filed over the attacks on police, and vandalizm in a resort in Sonargaon upazila of Narayanganj district.

Besides, 500 to 600 other unidentified people were accused in the lawsuits, superintendent of the district police (SP) Mohammad Zayedul Alam confirmed the matter to Jago News on Wednesday afternoon.

Of the cases, two were lodged by police while the rest by a journalist on Tuesday night, he said. 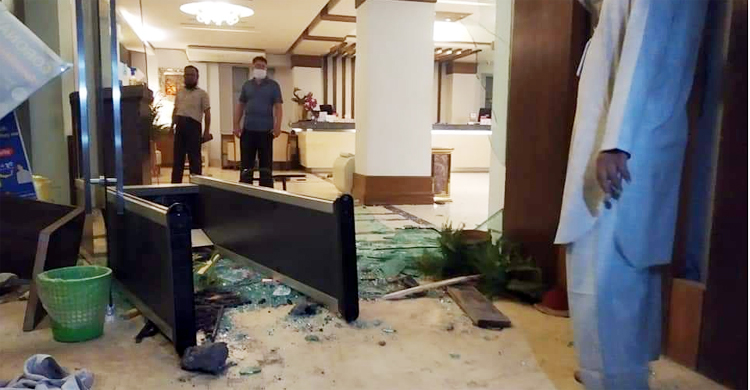 Earlier on April 3, local people gheraoed Mamunul Haque along with a woman whom he claimed his wife at 'Royal Resort' in Sonargaon upazila.

On the day, SP Zayedul had told Jago News that police went to spot after learning the incident and brought the situation under control.

Being informed, the local leaders and activists of Hefazat-e-Islam, later, snatched him away.

Local sources said the agitated Hefazat leaders and activists carried out vandalizm in the resort during rescuing Mamunul Haque, and then staged demonstration by blocking the Dhaka-Chattogram highway.

Narayanganj city Hefazat leader Mawlana Ferdausur Rahman, however, said Mawlana Mamunul Haque has two wives. He along with his second wife came to the resot on April 7 but Chhatra League and Juba League leader-activist and locals gheraoed him and humiliated.

PM pledges legal action against vandalism in name of Islam

Coronavirus: Highest 7,626 cases in a day