A total of 27 government officials and four organisations have been given the “Bangabandhu Public Administration Award-2022”.

The award giving ceremony was held at Osmani Memorial Auditoriam in the capital on Sunday.

Liberation War Affairs Minister AKM Mozammel Haque handed over the awards to the recipients - 27 individuals, three ministries and one unit - on behalf of the premier. 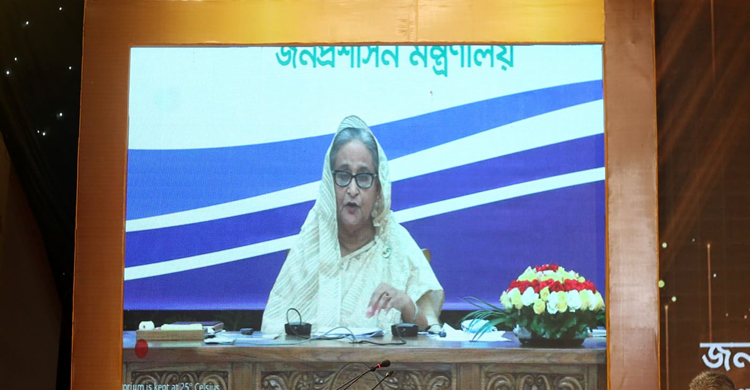 In his message, the President said the 'Bangabandhu Public Administration Padak-2022' is being conferred with the aim of encouraging the creative and constructive activities of the employees working in the public administration, increasing the motivation, encouraging the development of skills and accelerating the achievement of the development targets of the government.

"I am congratulating all the employees who got the 'Bangabandhu Public Administration Padak", the head of the state said.

Prime Minister Sheikh Hasina, in her message, said: "...I think this joy of receiving the 'Padak' will sharpen their (public service officials') enthusiasm, talent and creativity and encourage others."

Government employees usually perform duties under the authority's instructions, but some of these employees are able to go beyond conventional thinking and use new methods, technologies and approaches to bring positive changes in ongoing work and service delivery processes, she added.

This award will be given for such innovation-minded employees, she said, adding that recently, the scope of Bangabandhu Public Administration Padak has been expanded to bring more employees of various government departments under the purview of this Padak.

Deputy Speaker’s body to be brought back home on Monday