Renowned actress Sarah Begum Kabari was buried at Banani graveyard in the capital on Saturday.

Her namaz-e-janaza was held there after Zurh prayer. She was also given a guard of honour for his role in the Liberation War.

Her son Shaker Chisty, family members, relatives and many well-wishers were present during this time.

Kabari died of Coronavirus at Sheikh Russel Gastro Liver Institute and Hospital in the capital’s Mohakhali at 12:20am. 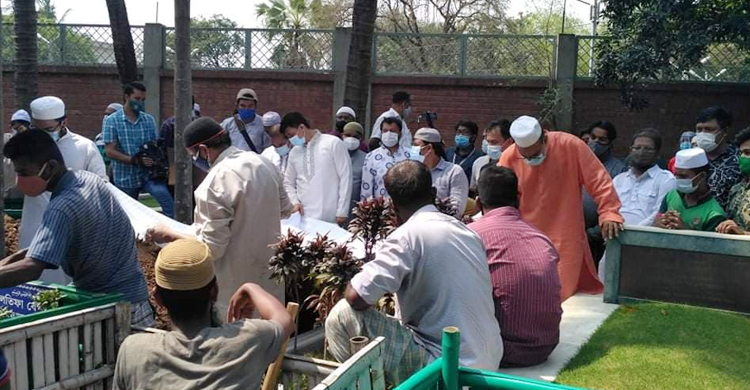 Born on 19 July 1950 in Chattogram, Kabari stepped into the field of cinema in 1964. Her first film was ‘Shutorang’. Kabari acted in over a hundred films in her illustrious career.

The veteran actress received the Bangladesh National Film Award for Best Actress for her role in the film Sareng Bou (1978).

She was elected as a member of parliament from the Narayanganj-4 constituency as a Bangladesh Awami League politician in 2008.

Russia to expel 10 US diplomats in response to US sanctions