Gold, Silver and Bronze medals were awarded to the winners of the finals. Crests of Honor are also awarded to campus representatives for each venue-providing instruction—Minister of Planning of the People's Government Republic of Bangladesh Md. MA Mannan was present as the Chief Guest at the event.

Akij Bakers Director S. K Jamil Uddin was also present at the event, who assured us, that Bakeman would be by their side in such language-based events. At the event, Dr AQM Rahman Bhuiyan, Chairman, Department of English and Modern Languages, North South University, and Prof. Dr. A.S. Abdur Rob Khan, Vice Chancellor Prof. Atiqul Islam, Pro-Vice-Chancellor. Md. Ismail Hossain, Chairman of the Board of Trustees of North South University Md. Azim Uddin Ahmed, Treasurer Dr ABM Rashedul Hassan, were present. Their footsteps and inspirational message inspired the winners a lot. With the successful completion of the Divisional Selection round, Semi-Final and Final, the journey of Beckman's Second International Language League 2022 has come to an end. The country's largest Olympiad, Bakeman's  Second International Language League 2022, is language-based; it's an official journey started in 2019. However, the Bakeman's 2nd International Language League's 2022 has become even more massive and gigantic this time. 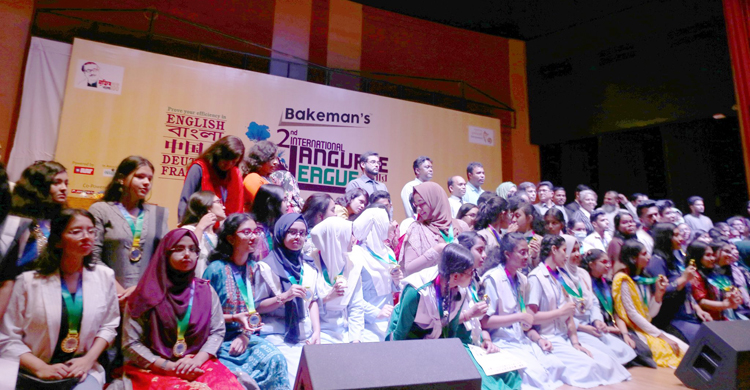 With the support of a total of 28 educational institutions, including various schools, colleges and universities across Bangladesh, the participating students at the national level were selected from about six departments organized across 40 districts of the country.

NSU holds webinar on how to get scholarships in Europe, USA, Canada