A flight of Biman Bangladesh Airlines carrying his body reached Hazrat Shahjalal International Airport at 11:05am on Saturday.

On behalf of the government, Liberation War Affairs Minister AKM Mozammel Haque formally received the body at the airport.

The body of Gaffar Chowdhury will be kept on the premises of the Central Shaheed Minar from 1 pm to 3 pm so that the people from all walks of life can pay their last respect to the writer. He will be given a guard of honour there. 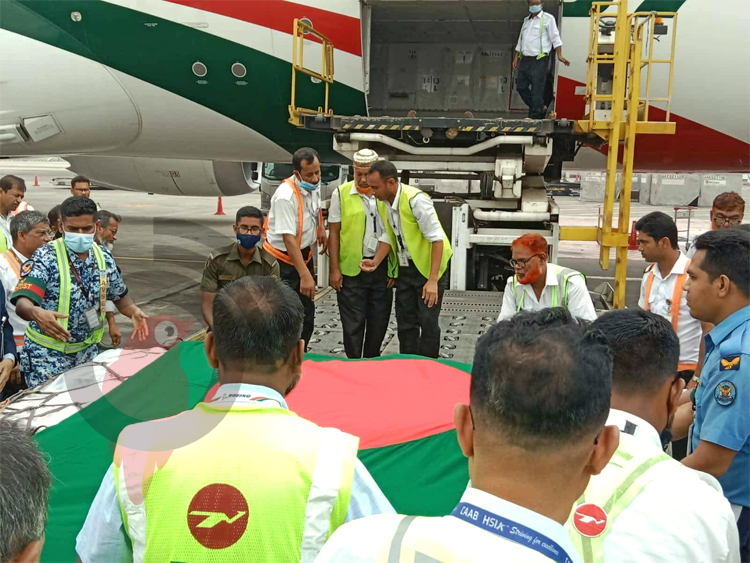 His namaz-e-janaza will be held at the Dhaka University central mosque here at 3.30 pm.

The body will be taken to the Jatiya Press Club at 4 pm where the journalists will pay homage to the eminent journalist.

Later, Chowdhury’s body will be buried at Mirpur Martyred Intellectuals’ Graveyard at about 5:30 pm.

On May 19, Gaffar Chowdhury, also a lyricist, died at a hospital in London at the age of 88.

Japan opens up to foreign tourists after 2 years

Iran seizes 2 Greek tankers amid row over US oil grab

Assam CM thanks Sheikh Hasina for “zero tolerance’ to insurgency