The much-awaited Padma Bridge was opened for vehicular movement at 6am on Sunday.

Hundreds of vehicles were seen waiting to cross the multipurpose bridge.

A total of fourteen booths are being used to collect tolls in manual system.

A motorcyclist will have to pay Tk100 to cross the bridge, while the toll is Tk2,400 for a large bus with three axles and Tk2,800 for a medium truck. 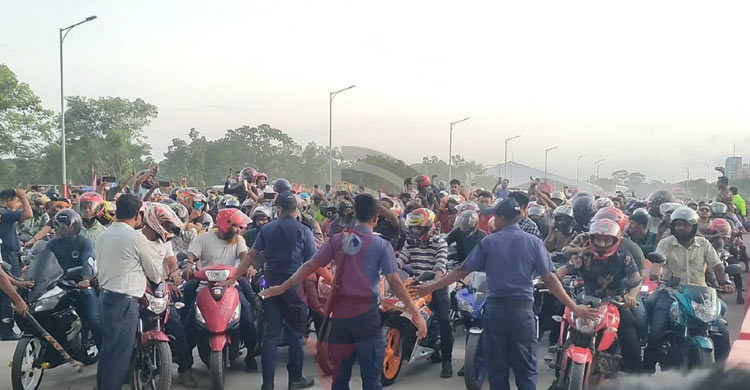 An additional Tk1,500 will be charged for each axle for a trailer larger than four axles.

Prime Minister Sheikh Hasina unveiled the plaque of the 6.15 kilometre Padma Bridge at Mawa end in Munsiganj at a colourful ceremony on Saturday noon.

The prime minister became the first person to cross the Padma Bridge by paying toll.

Boris Johnson seeks to stay in power until the mid-2030s