Sanctions on RAB are not intended to punish: US Ambassador

US Ambassador Peter Haas has said the sanctions on Rapid Action Battalion (RAB) are not intended to punish but to change the behaviour and hold them accountable.

He made the statement at “Meet the Ambassador” event organised by the Center for Governance Studies (CGS) and Friedrich Ebert Stiftung at a restaurant in the capital’s Gulshan on Thursday.

He said the number of extrajudicial killings has significantly changed since the sanctions were imposed in December last year.

“This is a very good signal,” Peter said. 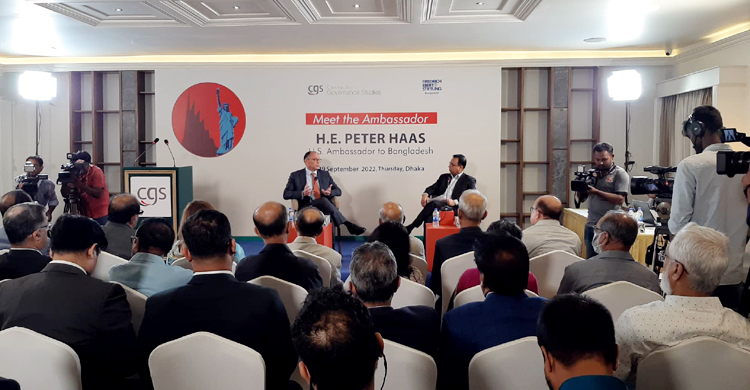 The US diplomat also spoke about various aspects of US-Bangladesh relationship including trade, labour rights, regional and global politics, Indo-Pacific Strategy and trade.

Zillur Rahman, Executive Director of the CGS, conducted the programme. Leaders of political parties, academics, journalists and former diplomats were present there.

Mahsa Amini: What we know after 11 days of protests in Iran