Khaleda bleeds due to liver cirrhosis: Medical Board

The medical board formed for the treatment of BNP chief Khaleda Zia has said that she has been diagnosed with liver cirrhosis that caused her bleeding.

The board formed by BNP has also recommended treating Khaleda in a specialized hospital in the UK, US, or Germany as soon as possible.

Khaleda Zia is now receiving treatment at Evercare Hospital in the capital with various complications. 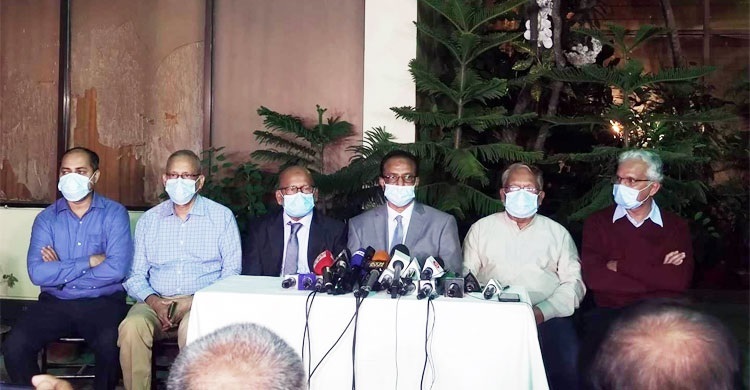 The personal physicians of the former prime minister said this while briefing media about her latest conditions at her Gulshan residence Firoza on Sunday evening.

Mentioning that she developed blood clots, the medical board chief Fakhrul Mohammad Siddiqui said, "It has been possible to tackle the situation by giving her (Khaleda) blood clots once at United Hospital.

"But it's not possible to give blood to this kind of patient repeatedly.

"We worry If she bleeds again, it would be impossible to control that may increase the risk of death."

Upholding the medical treatment to prevent bleeding from the liver, the Gastroenterology analyst said, "It is a highly technical task. We have not seen such a patient who has been treated with this more than two or three times."

Asked him where this treatment is available, he replied America or Europe, especially the UK, the US, and Germany have some centers but very few in number.