Don't hesitate, rally must be held in Dhaka on Dec 10: Fakhrul

"Rally must be held in Dhaka on December 10 and don't hesitate about this. New programs will be announced on December 10," he said.

Mirza Fakhrul said this while addressing a roundtable titled 'Violence and Politics of Blaming' at Lakeshore Hotel in capital Dhaka's Gulshan area on Tuesday evening.

He said seeing the countrymen wake up, the government became nervous and that is why it is creating such a situation so that BNP cannot hold the rally in the capital, he said. 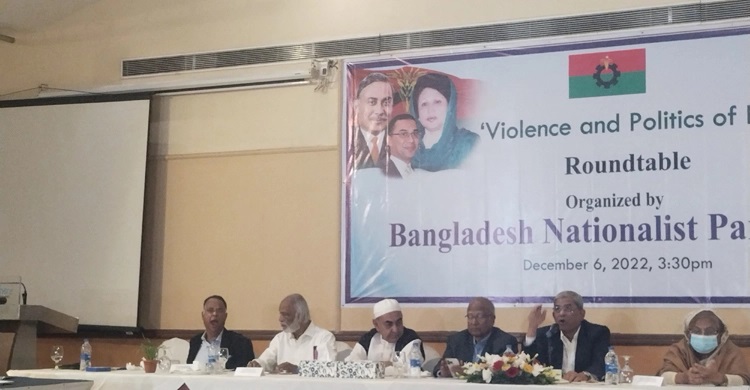 The BNP secretary general alleged the government intentionally launders money abroad and loots the banking sectors, as a result, the country is on the brink of bankruptcy.

"The way people woke up, we must win. After the victory, a national government will be formed with the agitating parties," he said.

Flee before time runs out, Fakhrul to govt

BNP allowed to hold rally at Suhrawardy on 26 conditions

Our movement to continue until Hasina resigns: Fakhrul