Britain has named and charged a third Russian military intelligence officer over the Salisbury spy poisonings, in a significant development that will enrage Russia.

Police said Denis Sergeev - who used the alias Sergey Fedotov - is wanted in connection with the attempted assassination of former Russian spy Sergei Skripal and his daughter Yulia with a novichok nerve agent in March 2018, along with two other suspects.

Scotland Yard believes they are all members of the GRU, Russia's military intelligence agency, and that they have worked together in other countries on operations. 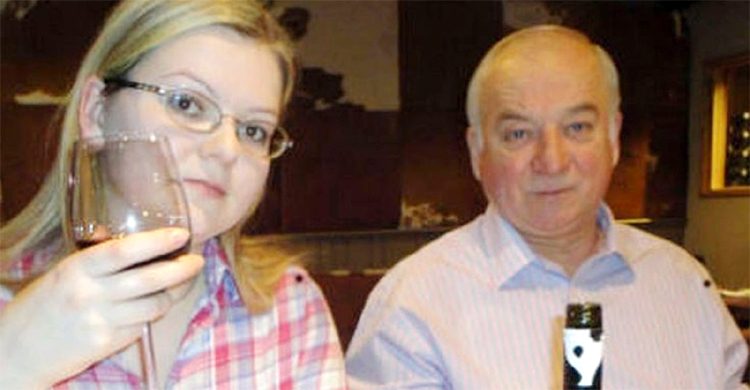 Sergei and Yulia Skripal were attacked with novichok and found slumped on a bench in Salisbury in March 2018. Photo: Sky News

It is the first time the police have said they have evidence that the men are part of the Russian spy agency. The then prime minister Theresa May has previously accused the GRU.

"The three operated as a small team with a view to deploying novichok to kill individuals in this country," said deputy assistant commissioner Dean Haydon.

"I can prove they were here operating as a unit linked to the GRU," he told a news briefing.

The police said prosecutors have concluded there is sufficient evidence to authorise charges against Sergeev.

Mr Haydon also signalled there could be more suspects in the Skripal case and that this was an active line of inquiry.

"Evidentially, I can prove three were here," he said.

British prosecutors in September 2018 announced charges against the first two suspects, who also travelled to the UK under aliases, Alexander Petrov and Ruslan Boshirov.

Their true identities are believed to be Alexander Mishkin and Anatoliy Chepiga, respectively. 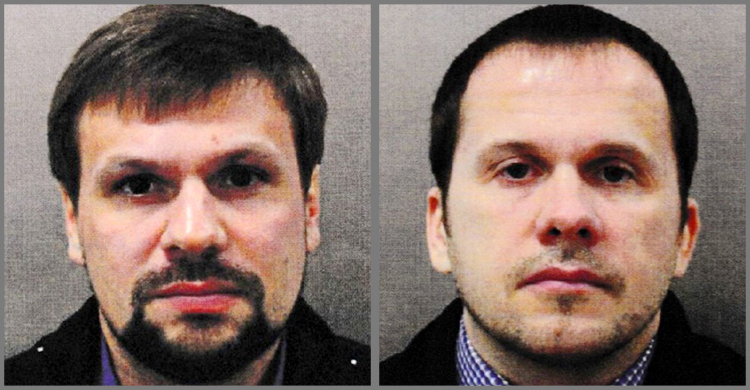 Security sources have previously confirmed reporting by the investigating website Bellingcat that Sergeev was a third suspect, but this is the first time he has been officially named.

The move will further sour relations between London and Moscow, already at a post-Cold War low.

President Vladimir Putin has repeatedly denied any Russian involvement in the poisonings - the first chemical weapons attack on European soil since the Second World War.

The naming of Sergeev also strengthens a link between the Salisbury assault and the poisoning of an arms dealer in Bulgaria in 2015, as well as a blast at a Czech arms depot.

Britain's security service MI5 believe those attacks, and others, were part of an operation across Europe by a unit within Russia's GRU military intelligence agency named 29155.

"The three have been operating together in other parts of the world. We are liaising with those countries," Mr Haydon said.

"All three are dangerous individuals… If the novichok had come into wider circulation it would have killed hundreds, if not thousands, of people."

The charge also comes as the European Court of Human Rights has ruled that Russia was responsible for the 2006 assassination of Alexander Litvinenko in London.

He died an agonising death after being poisoned with Polonium 210, a rare radioactive isotope.

Mr Skripal - who was 66 at the time of the attack - had been a colonel in the GRU before he is thought to have agreed in the 1990s to work as a double agent for Britain's MI6.

Russia uncovered his alleged activities and he was jailed, but then allowed to settle in the UK in 2010 as part of a Cold War-style spy swap.

His daughter, Yulia, then 33, had just arrived in Salisbury to visit her father when Mishkin and Chepiga are suspected of visiting his house and spraying novichok on the front door. Police believe they hid the nerve agent in a fake Nina Ricci perfume bottle that they then discarded.

The Skripals fell critically ill, as did a police officer who responded to the attack.

All three survived, but four months later, a local man called Charlie Rowley is believed to have found the perfume bottle and given it to his girlfriend as a gift.

Dawn Sturgess sprayed the liquid on her skin and died.

A hearing as part of the inquest into her death is due to take place on Wednesday.

Revealing new details of the alleged attack on the Skripals, Mr Haydon said Sergeev had arrived at Heathrow Airport on Friday 2 March 2018, on a flight from Moscow - two days before the poisoning.

He stayed at a separate hotel to the other two suspects, but met with them on a number of occasions in London.

No trace of novichok was found at his hotel.

Police declined to name it or say where the meetings took place, other than to say some happened in the open and others in other locations.

Releasing a photograph of the third suspect, they appealed to the public to get in touch if anyone recognised Sergeev.

Mr Haydon said he had remained in London, while his suspected accomplices travelled to Salisbury, flying out of the country on the morning of the attack.

He would not confirm whether the third suspect had overseen the operation - as has previously been speculated.

Bellingcat has described him as a "high-ranking" member of the GRU, possibly even with the rank of major-general.

The two other suspects are believed to have made a reconnaissance journey to Salisbury on Saturday 3 March before returning the following day, when the nerve agent is thought to have been sprayed on Mr Skripal's front door.

All three men - believed to be in Russia - face the same charges of conspiracy to murder, attempted murder, grievous bodily harm, and possession of a chemical weapon.

Police have applied to Interpol for an international arrest warrant.

The charges do not relate to Ms Sturgess or Mr Rowley.

All three suspects are believed to have travelled previously to the UK.

Bulgarian prosecutors last year named Sergeev - using his alias Fedotov - as one of three men charged over the attempted murder of Bulgarian arms dealer Emilian Gebrev, his son, and a third victim.

The Czech authorities meanwhile in April said they were looking for the first two Salisbury suspects over a 2014 explosion at an ammunition depot that left two workers dead.