A SSC examinee was crushed under the wheels of a bus of Anabil Paribahan in the capital’s Rampura on Monday night.

The deceased Maenuddin, son of Abdur Rahman Bhandari, was a student of Ekramunnecha School and College in Rampura, who took part in recently held SSC examination. 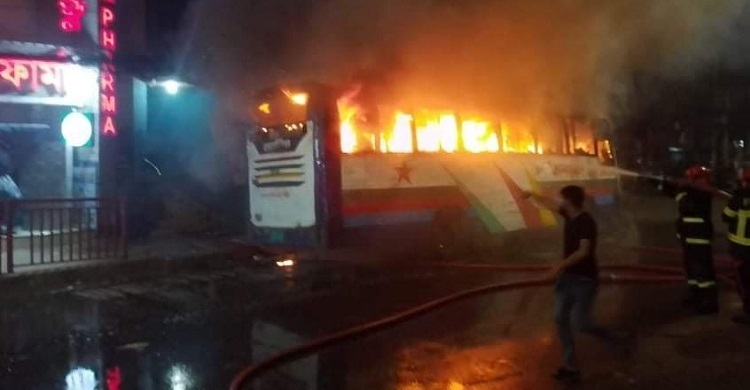 After the incident, agitated people set fire to eight buses. Being informed, two units of fire service rushed to the spot and doused the flames.

Later, Police seized the killer bus and detained its driver Md Sohel, 35. He was lynched by agitated people and sent to Dhaka Medical College Hospital.

Maenuddin’s relative Badsha Miah told Jago News that he (Maenuddin) used to work at his father’s tea stall on Titas road beside their rented home. Maenuddin went to his friend’s home after 9pm and returned from there and was killed by the bus while crossing the road. 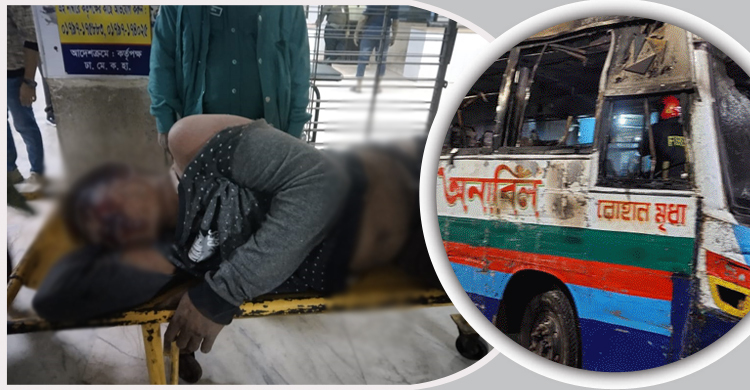 In this connection, Rafiqul Islam, Officer-in-charge of Rampura Police Station, said Maenuddin was killed when a bus ran over him near Rampura bazar after 11pm. Later agitated people set fire to eight buses keeping the road blocked.