A group of students today blocked the Rampura bridge protesting the death of SSC result seeker Maenuddin Islam who was killed after a bus ran over him.

The protest programme started around 10am where a larger number of students from different institutions took part spontaneously.

The movement of the vehicles in the area was suspended due to the agitation. 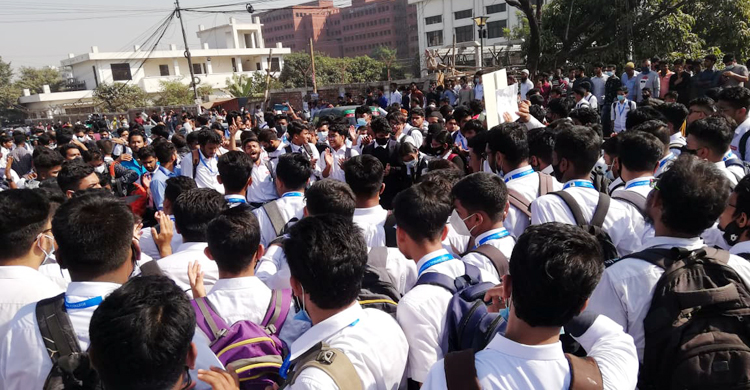 On Monday night, Maenuddin was crushed under the wheels of a bus of Anabil Paribahan in Rampura. Later, agitated people set fire to eight buses and police seized the killer bus and detained its driver.