A group of students of Shahjalal University of Science and Technology (SUST) staged a demonstration programme demanding the resignation of Vice-Chancellor (VC) Farid Uddin on Monday.

They also demanded to reconsider the decision of closure of the university campus and halls.

The agitated students said that they will not leave the halls and the campus until their demands are not met.

Additional police were deployed in the campus to avert untoward situation. 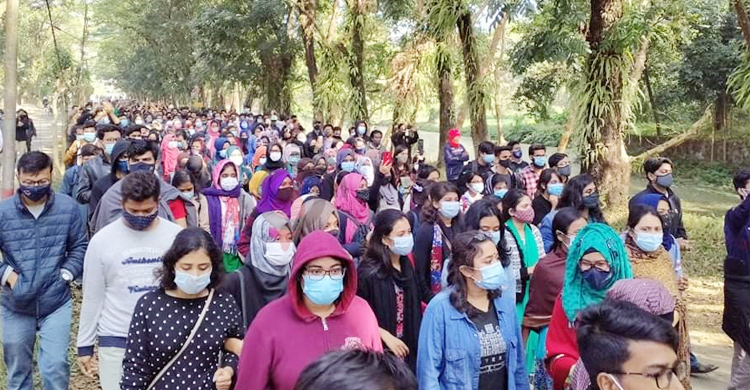 According to the source, students of SUST started gathering at round premises of the campus after 9am. Later, they staged the demonstration. 500-700 students from five halls took part in the programme.

The authorities of SUST on Sunday closed the campus for the indefinite period and directed the students to leave the halls by 12pm on Monday after the clash between police and the students. 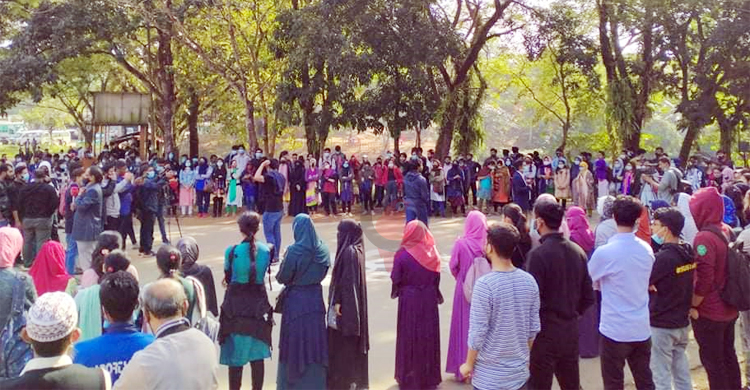 However, rejecting the decision of SUST authorities, the students are continuing their agitation programme.

Mother, sons among 6 get life term for killing farmer